My in-laws were living in Italy part time so we had the opportunity to go over a few times.
The first time I went the girls were only 1 and 4 years old. We did some sightseeing but usually stayed within a few hours of the house.
I had always wanted to see Pompeii ever since I had read about it in school. It is pretty amazing and they are still excavating large areas of it.

The last time I went was a couple of years ago. It was a girl’s trip.
My m-i-l, s-i-l, me and my girls had decided that we were going to check out both coasts.  The house was a bout 45 minutes from Naples, so one day we took a boat ride up the Almafi coast. 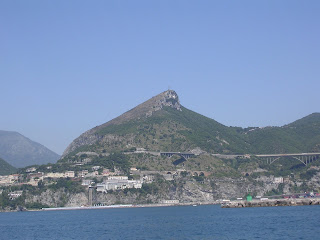 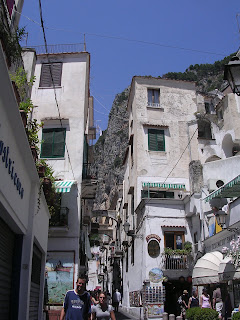 Waiting for the boat ride back 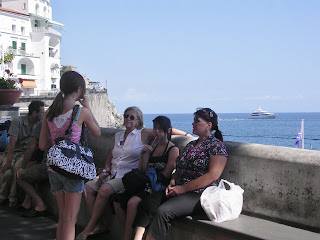 Another day we thought we would go spend it at the beach. Most of the beaches there are not really what we are used to here. A lot of them are just small rocky areas but we did fine one that actually had some sand. 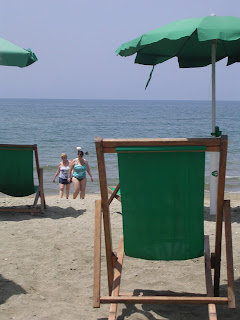 It was beautiful, the water was warm and pretty calm. They had chairs all set up so once you paid to use the beach you could pick any chair for the day.

We then drove to the other side of Italy, which took about 5 hours, but it was well worth it when we got there. 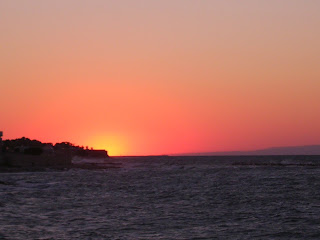 This “beach” had decking put over the rocks as there really wasn’t any beach there. The spot was too good for it not to be used and people would have gone down there anyway. I guess this made it a little safer for everyone. Notice all the shells and rocks washed up on it. That is what a lot of the beaches have in place of sand. 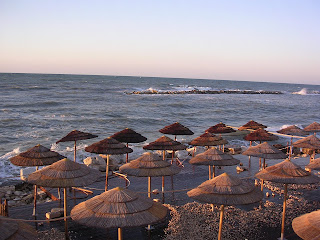 This was packed all day long, at least before the ocean got too rough.

We went to a local Pizzeria here and as soon as the owner heard us speaking he came over and wanted to practice his English on us. We had one of the best meals there. Another place where the food was amazing was at the Safari…yes, their safari had a 5 star restaurant tucked away in there that was out of this world. 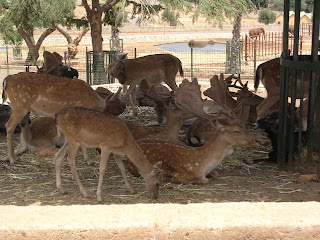 And no….it didn’t serve exotic meats, but the local cheeses were phenomenal! 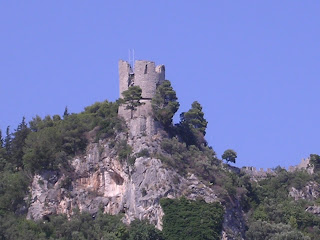 WOW! Now that was a major road trip, jj. I would love to visit Italy. Thanks for the pictures, they are wonderful, and I didn't know their beaches were so different from what we have. Interesting post. :)

What an amazing trip.....Italy looks like a beautiful country, I can see why you love visiting there!