Yep, I'm a Pezhead!  Have been for a long time now.  I'm not sure "normal" people realize how big Pez collecting is!
There's conventions all across the U.S. and around the World.  Three days of nutty stuff for Pez collectors.  Room hopping, where dealers open their rooms for sales to anyone that wanders in, Bingo on Friday night for some super awesome prizes and seminars throughout the day for information and then on Saturday, the main ballroom is opened up for the public for more sales and is usually followed by an auction to raise money for a charity.  There's a lot more going on depending on which convention you attend!
For the history of Pez, click on this link to be taken directly to the Pez web site:  http://www.pez.com/index.php
It all started in the United States with dispensers like these: 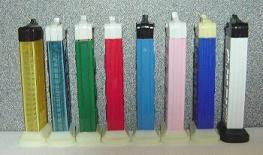 This is just a very small sample of them, there's hundreds of variations!  They were headless and used to discourage smoking, eat Pez "mints" instead type of thing!
When character heads were introduced, they were packaged in clear cellophane bags like these: 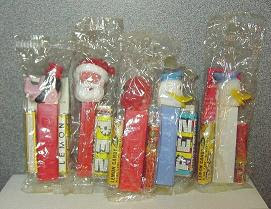 Somewhat boring, huh?  Packaging has evolved into a huge collectible in itself.  One of my favorite type of packaging is called a Halo card.  These are striped cards with a white cloud around the word PEZ on the package.  Here's just a few of my halo card collection: 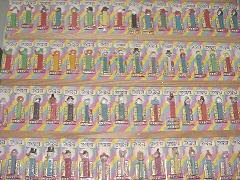 Some more of my favorite packaging are the boxes that came out of Europe.
Box cars that have two different characters in them and they look like they are sitting inside a car. 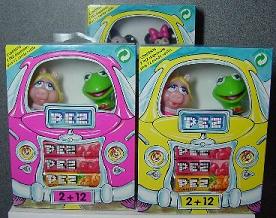 Holiday boxes where you can see the dispensers through windows in the boxes. 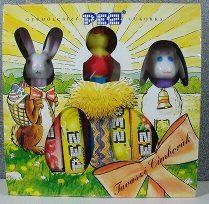 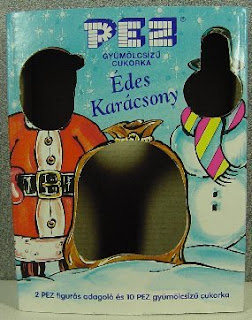 These next dispensers are known as Cocoa Marsh dispensers because they were premiums from Cocoa Marsh and Cocoa Marsh is printed on the stems.  These are special to me because they are one of those times that collectors live for!  I found these at a flea market and paid $2.50 each, they are valued around $100 each!  I was lucky to find them! 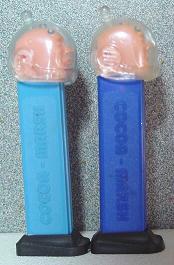 Here's just a few of my favorite dispensers in my collection.
Some people take the stems from real dispensers and make them into what is known as custom or fantasy dispensers.  A friend of mine sent me this one that he made:
It's special!  It even lights up. 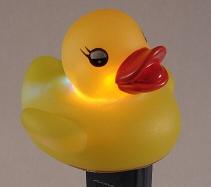 Pez makes all kinds of items!  These are known as Pez accessories.  Two of my favorites:
I could seriously go on for pages and pages!  Instead, I'll include some links and let you decide if you want to continue on or not.  My own Pez collection is shown here:  www.ThePezt.zoomshare.com   It's not my entire collection, but there's over 1300 Pez photos!  It shows my custom license plate, ThePezt.
My friend, Rob's web site, he's huge into collecting!  http://www.pezcandydispenser.com/  He helps with one of the larger conventions which is held in Long Beach, CA. and is one of the top collectors in the United States.
There's so much involved in Pez collecting, like footed or non-footed dispensers, learning about the patent numbers, variations and so much more.  If you are interested in starting a collection, I suggest you do a lot of online research, attend a convention or two and join the Pezhead mailing list!
Bet the next time you see these dispensers in the grocery store, you'll think of me!
ThePezt
Posted by A Collective Journal at 12:00 AM

OMG - I knew you were a pezhead and I knew you had a lot and knew a lot, but I'm in awe! This is just amazing. Whoever would have thought those candies we ate from those dispensers when we were kids would be so cool when we became adults.

I too, knew you were a pezhead, but I had no idea you lived in an entirely different universe. :0)

My favorite? The Duck Pez your other friend made for you. It's so perfect!

Love the post, and I have to admit you have me facinated with Pez.

If I had only known I would have saved the PEZ containers my kids had!

Wow! I, like previous comments, knew you were into PEZ, but didn't realize how deep. I thought about you this past weekend when I went to Disneyland and saw some charcter Pez dispensers there. Great article. Thanks for sharing your passion with us. Now off to therapy with you :-)

Ever since I saw your collection I've never looked at a Pez dispenser the same.